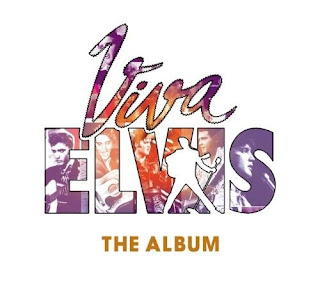 I never thought I was going to review a brand new Elvis release. Elvis was dead long before I started writing about music. The record industry cross every border. Time and space is not a limitation. The Viva Elvis is a kind of «what if» project. Someone has been toying with the idea of how a brand new Elvis album would have sounded if it had been recorded today.

Three months after Elvis could have celebrated his 75th anniversary a new album is on its way. The producer and the musicians have isolated Elvis vocal from old tapes. The vocal is then used as the basis for new and creative musical arrangements. The old songs are adapted to our modern musical language. We are talking about a pretty fundamental remake. The result is exciting. Elvis appears, despite his physical absence, as a very vital artist in 2010. The arrangements remind me of U2 with a new vocalist. The essence is floating guitars, lots of punch and a heavy and dynamic rhythmic foundation. The sound is also much more compact than the original Elvis Presley recordings. “Viva Elvis” feels like 100 percent 2010. And it is a very good 2010 production.

The album fully demonstrates Elvis excellent vocal. The strength and dynamics fully documents how timeless his expression is. Songs like “Blue Sued Shoes”, “King Creole”, “Love Me Tender” and most of the other songs on this album is already a part of the musical world heritage. The new versions are adding a new perspective. They are catchy and dynamic. The talented musicians and the brave producer have created one of the best remake retro albums t I can remember. The musicians have defined a clear distance to the original songs. Therefore they have managed to create a whole new sound. A good example is the remake of «Can` t help falling in love «. The new version is a beautiful duet. We’re talking about a great version with significant hit potential. In a facinating way «Viva Elvis» is true to Elvis heritage but also to our time. I can however understand that hardcore fan see this project as grave robbery. But I disagree. These old songs, Elvis’ amazing vocals and the new arrangements works together. The album has good sound and is well produced. Therefore «Viva Elvis» is a good and worthy album in my opinion. 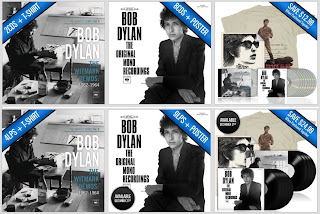 record company beats the big drum this fall. The first eight Dylan albums are retrieved from the old master tapes and restored by all rules of the art. They are now released in mono on CD and vinyl – and a package including both. At the same time, Dylan releases a new chapter in his Bootleg Series. This time historical recordings from 1962 to 1964 – the so-called Witmark demos. They are pure acoustic recordings with guitar, harmonica and sometimes piano. Total of 47 tracks, including fifteen never-before-released. The witmark demos documents an artist in the frantic development. All the songs are recorded before the man was 24 It starts with demo recordings of classic traditional tunes and ends with classics like «Blowin ‘In The Wind», «The Times They Are A Changin’,» Masters of War «and the drug influenced, but yet so poetic» Mr. Tambourine Man. «

Sony also releases a limited bonus CD with a concert recording «Dylan in Concert Brandeis University, 1963. If you want to get it, you have to purchase one of the other releases at selected dealers. Check out Play.com or the various Amazon sites. (http://amzn.to/dB6jAg)

In all, there is a wealth of offerings that include packages with all the releases, on CD, vinyl, both CD and vinyl t-shirts, posters, bonus CDs, etc. At Bobdylan.com there are six different products. If you include the bonus CDs, the number of product combinations are more than ten. It’s expensive to be a Dylan fan and Sony Music have really understood how MP3 ghost should be avoided by developing must have products for fans.

It can of course be the question of whether such major initiatives like this are worth the money. Personally, I think the Witmark demos are the highlight. Sony Music has over time developed the knowledge on “how to” extract good sound from old master tapes. Witmark demos is not an exception. We meet a early version of rough and tough acoustic Dylan. Yet the digging so deep in the archive, is perhaps more for special interests than for the general public. Some of the tracks hold such a bad recording quality; technically they just appear to be bootlegs. On the other hand, there are tracs that fully demonstrates the complete Dylan was as an artist in 1964. It’s pretty obvious that he had to develop a new musical direction. In 1964 he was at complete and perfect acoustic artist. In many ways he is the Picasso of music.

Mono releases, be it the Beatles or Dylan, is a new experience for stereo grownups. But the differences are quite marginal. It’s a little more punch, a little less sense of space and a more logically sound. On the pure acoustic songs the voice and guitar are coming from the same point. I must however admit that the difference between the original CD releases and stereo remaster editions, released a few years ago is more stunning than the difference between the remaster and mono versions. On the other hand, the mono releases are true to original releases as they were meant to be. Therefore, they have a documentary value. They are now in my shelf and hence Sony Music has succeeded to sell the same old material to me at least five times. No matter. The mono box contains two of the ten best releases of all time according to Rolling Stone. It feels good to listen to the masterpieces «Blonde on Blonde» and «Highway 61» in mono – as they were released. The six others are masterpieces as well, so the box is worth buying.