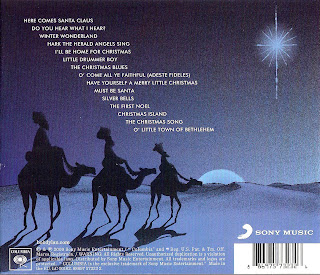 I must say I feel a little proud these days. I was the first (or possibly the second) journalist in the world who reviewed Christmas In The Heart. I wrote my preliminary review on September 17th. based on the samples housed on Amazon.uk for a short period. Unlike Michael Gray and the rest of the Dylan community, I was incredibly positive about the album. After playing the samples twenty or thirty times, I felt like I did understand the true nature of the Christmas In The Heart project. In my review I wrote: ‘

Despite the fact that some of the arrangements and songs definitively is not my ball game, I recognize an underlying quality in almost every one of them. It’s strange, but I feel Dylan’s genius comes true and I believe most of the songs on the record will grow on me. ( http://bit.ly/H9iPS)

Over the next few weeks I observed how the album was written off by critics and Dylan fans around the world – indeed, before it even was released! When the album finally was released, I had no need to change my review, but to reinforce the positive description. In my final review I wrote:

This album is not a new Dylan record. It is a very funny and entertaining Christmas album from Mr. Dylan. He has made a classical Christmas album – in some way or another. This is probably the most interesting Christmas record ever released and Dylan has put a lot of effort and energy in doing this right. I love “Christmas in the Heart” and I tend to define it as a holyday Dylan masterpiece. It‘s that good! ( http://bit.ly/8VaSON )

The reviews were more differentiated, but the album received a lot of negative reviews. Christmas In The Heart is obviously a album that you either love or hate. At that time I was thinking Christmas In The Heart might be the best Christmas album ever released. I honestly did not understand what was going on. Had I lost all my critical sense and was I completely mistaken about the project?

Fortunately, things have changed. From being described as a total failure, has Christmas In The Heart received more and more positive reviews! Finally, on Sunday, December 20, 2009 I was kind of Saved. The English writer Michael Gray, the author of Song & Dance Man, The Art Of Bob Dylan and The Bob Dylan Encyclopedia etc. wrote a very good review of the album on his web site:

Mr. Grey was as I mentioned among the people who had written the album off completely based on the samples published by Amazon.uk. He might have (as many Dylan fans) been caught by the Kubler-Ross model:

When there is some sort of shock in one’s life, there is a theory that one goes through five stages of grief, also known as the Kubler-Ross model. These stages are denial, anger, bargaining, depression, and acceptance. (Dylan, ‘Christmas In The Heart,’ and the Kubler-Ross model (http://bit.ly/6qqyYZ ) )

Dylan is a genius, and he is always a step ahead of us. History tends to repeat itself. Dylan was written off so many times. In my blog post Last thought on Christmas In The Heart I wrote:

You either hate or love it. But “Christmas in the Heart” is about far more than emotions. The pieces fit perfectly in the puzzle. Dylan is completing his musical testament. (http://bit.ly/6T1cD8)

I look forward to Christmas Eve with Christmas In The Heart.

Merry Christmas to everybody!

You either hate or love it. But «Christmas in the Heart» is about far more than emotions. The pieces fit perfectly in the puzzle. Dylan is completing his musical testament.

Ever since Amazon.uk by a mistake (?) published 30 seconds sound cli 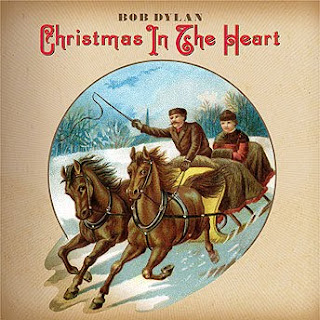 ps from «Christmas in the Heart» September 17.th, the release has received much attention. Hardcore Dylan fans carpet bombed the discussion thread on ExpectingRain.com with their negative opinions about the project, and Dylan’s artistically mistake. Music reviewers around the world have either loved or hated the album. The same applies to the general public. It seems that they either understand and love the concept or simply don`t get it. I however, still stick to my review published tSeptember 18th: «Christmas in the Heart» is a masterpiece and possible one of the best Christmas album ever released! (http://jeveitetstelle.blogspot.com/2009/10/review-christmas-in-heart.html)

Still the album classifies as one of Dylan’s more obscure releases. Dylan has always preferred to do the unexpected. «John Wesley Harding» from 1967 did not represent a natural continuation from «Blonde on Blonde». It was a complete change in musical direction. The next albums from that period «The Basement Tapes» the country crooner album «Nashville Skyline» and «New Morning» are a mix of different musical styles. «New Moring» includes songs like «If Dogs Run Free» and «Three Angels» introducing a more jazz inspired side of Bob Dylan.

Then came «Self Portrait» in 1970. The album was received by the Dylan fans much in the same way as this year’s Christmas effort. As time goes by «Self Portrait» manifests itself as a g 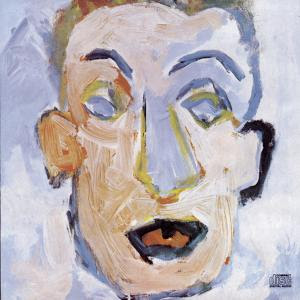 ood but not great album. It also makes a kind of sense in the Dylan catalogue. It is Dylan’s «White Album». It includes a variety of genres, expressions and musical styles, covers and originals. Greil Marcus wrote in his Rolling Stone review: «What is this shit». He did not get it at that point in time. The statement feels today as an absurdity. «Self Portrait» is simply far better than its reputation.

Dylan’s religious period is also an important and neglected chapter. Again, the members of the Dylan church went black. My first concert ever with Dylan, was in Drammen, Norway in 1981. The audience did throw stink bombs in the middle of the concert. Many of them had written Dylan off completely after he released and performed his new religious songs. The concerts got poor reviews in the papers. In retrospect, the concert was amazing. The bootleg documents an intense and well performing artist.
«Slow Train Coming» and the fundamentalist gospel album «Saved» were, and still are ground-breaking releases in its genre. «Saved» is perhaps the strongest gospel record ever made. The lyrics are certainly not easy to accept though. But it is still well written songs, given a «Born Again Christian» approach. It therefore makes perfectly sense that some of the world’s finest gospel artists joined forces to make the celebration album, «Gotta Serve Somebody, the 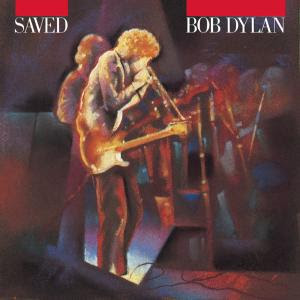 gospel songs of Bob Dylan». Bob Dylan’s own versions of the songs, are in my opinion however far better than the cover versions.
In the late eighties and early nineties he released the beautiful album «Oh Mercy» and then the following low point «Under The Red Sky». His next step represented a complete change in direction. «Good As I Been To You» and «World Gone Wrong» are two brilliant releases. They are documentations of Bob Dylan’s historical songbook, and in many ways the inspiration to the wonderful Johnny Cash project «American Recordings». This was, except his first album Bob Dylan, Dylan’s first serious attempt to document his musical Heritance (I do not count Self Portrait and Dylan)
I see a direct line from these two albums to Dylan’s documentation project in the 21st century. «Love and Theft», «Modern Times» and to a degree «Together Through Life» are from my point of view mostly about re-creating musical inspiration from his youth and childhood. Dylan has repeatedly expressed the love and respect for this musical tradition.
In this perspective, it is appropriate and important that Dylan releases a Christmas album. The album is true to the songs origin. Dylan performs them with love, respect and he is in my opinion true to the songs values and intentions, just as he was on «Good As I Been To You» and «World Gone Wrong». Dylan obviously loves this Christmas project. It is expressed in the hilarious video – but most of all in the way he performs the songs.
A lot of people simply love this album. When you first has broken the code, and learned to love it, it`s no way back. From that moment, «Christmas in the heart» it is the ultimate Christmas album. It can be played two again and again and again. 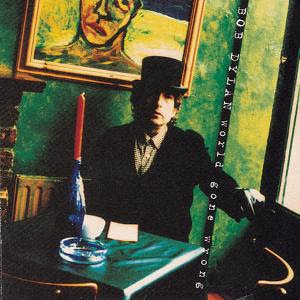 Dylan has given us a wonderful Christmas present. He has already released the best rock, folk, protest, blues, love song, country, roots, traditional and gospel album ever. His charity Christmas album, will give millions of poor people meals through the Holliday season. Can it be any better than that?
Dylan is a genius. «Christmas In The Heart» is a masterpiece and one of the best Christmas albums ever. It documents another part of Dylan’s musical inspiration and tradition. The pieces fit perfectly in the puzzle. Dylan is completing his musical testament.